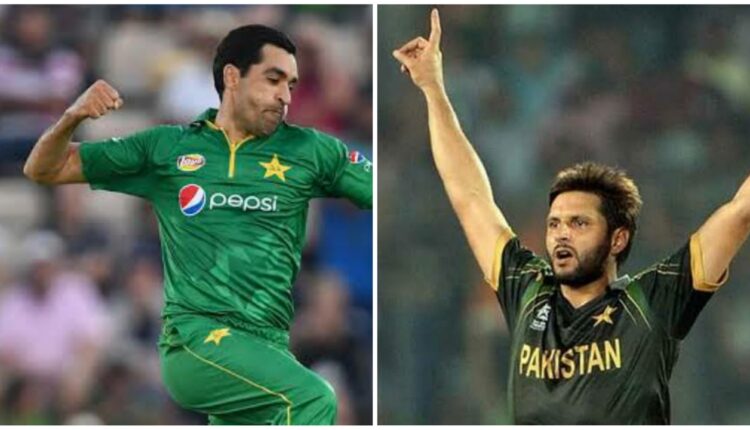 Pakistan has been one of the iconic nations in world cricket since they are playing world cricket. For all those positions they have gone on to produce world-class batsmen. The opening batsman has gone on to play a crucial role when it comes to the decision-making metrics. Checkout the Pakistan upcoming series, so that you can be aware of latest matches. Saeed Anwar is one of the outstanding players in the game of cricket. Below are some of the outstanding greats of the game.

He was an aggressive opener he was a handy partner for Saeed Anwar in the decade of the 1990s and 2000s. His backfoot play was dominating, and he was known for his improvised shot-making skills that have gone on to hold him in good stead when it comes to international cricket. One of his innings of 205 in England showcases the fact that he was well-versed in red-ball cricket too.

He was one of the greatest Pakistani cricketers of all time. Such was his versatility in cricket that he went on to bowl with his arms, and he kept wickets. Even as an opener, he was second to none most times. One of his worthy inning that deserves a special mention was 337, and during the course of this inning, his defence was immaculate. At the same time, he was capable of playing out attacking shorts, and he was more than worthy of being able to blunt opposition attacks.

In the set-up, he is a newbie, but a point to consider is that, despite his immense talent, he has not been able to achieve what he was capable of. One thing is for sure in the coming years he was embarked to be one of the greatest opening batsmen that Pakistan has produced. Most of his centuries had come on the wickets of the UAE, and he was found wanting on the fast pitches of Australia. If he is able to display the same level of consistency just in the initial days of his career, one thing is for sure: he is going to be a force to reckon with in the game. In the shortest format of the game, he has gone on to formulate a unique name for himself.

He is a fluent batsman, and he began his career as a bowler. Before the back injury and the top-order struggles in Pakistani cricket pushed him up the order, Majid Khan played with a degree of grace, and one of his achievements was that he went on to make runs in Australia, which hardly a few of the players in his era failed to do.

Well, who can forget the elegant left-handed batsman that Pakistan has gone on to produce? He was the mainstay of their cricket team for a decade, and with his outright stroke play and aggression, he hogged the limelight for all the right reasons. In ODI cricket, he was a joy to watch, and even in the longer version of the game, he has gone on to display the power of his technique. Another outstanding achievement was his 194 against India, which was the highest score in one day of cricket for a considerable period of time. Even he was capable of staying in the crease for a considerable period of time.

He was an opening batsman of Pakistan who batted in those times when the pitches were really tough to bat. Sadiq stood up to the toughest of bowlers, and he was one of the greatest players during this era. After facing a facial injury, he played an inning of 98 runs against the West Indies that helped Pakistan save the game. The strength of character during this time of adversity is something that the world would have noticed at this point in time. Much of the success of Pakistan during the period of the 1970s was attributed to the strong and versatile batting skills of this great batsman.

A fluent batsman for his team, he was more than capable of demolishing any bowling attack. In fact, he was one of the batsmen from Pakistan who scored big runs in Australia. His ability to rise to the big occasion and one of the innings that he played against England was the prime example of that thing. Since he was capable of tearing any bowling attack apart, and all this was done in an effortless manner,

Ever since his debut for Pakistan, Imran Farhat has gone on to showcase his skills as an opener. But one of the areas where he lacked was his ability to deliver on his promise. All three centuries that he has gone on to score as an opener have come against teams where his aggressive intent was on display. Perhaps he was not as fluent as Saeed Anwar, and he was let down by his ability to play a lot of shorts of a particular ball.

The player from Pakistan has gone on to don various hats for Pakistan, but nothing stands in comparison to his batting and all-round skills. Even after his retirement, people tend to remember the great innings that he has gone on to play. His facing the new ball and dealing with them properly is hard to match in the cricketing world. Since he was an all-rounder, he had to focus equally on the bowling front, so it would have been better if he could focus on batting; then he would be one of the greatest players Pakistan would have seen.

Our list would be incomplete without mentioning the great all-rounder from Pakistan. He was a patient opener, and his sole aim was never to go out on his wicket in any situation. One of his achievements is the slowest centuries of all times and his contribution to Pakistan cricket is immense.

What are the top considerations to be paid attention to at the time of indulging in cricket betting?

Paid and free basketball forecasts: which one to choose?