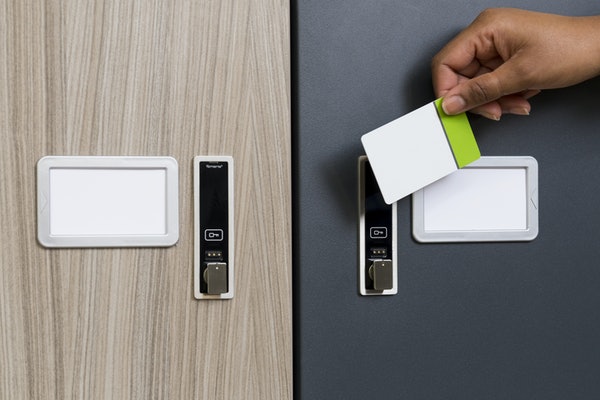 What are the Benefits of RFID Locker over Mechanical Locks?

As change is the only constant and the same has been seen in technology in locks and keys. Now with the increase of technology in the current world, security and protection at both personal and retail places is a great problem and primary point of discussion. We should always try to be with the pace of the advancement that is being done and should keep on adapting to the newer technology as it comes with several multiple tangible and intangible benefits. For example, RFID locker locks and door locks have been accumulating huge popularity and a powerful foothold in the security enterprise and are being preferred by the homeowners and businessmen for commercial and residential belongings. RFID Locker locks not only provide an advanced form of protection but is also quite suitable to use.

Radio-Frequency Identification (RFID), as indicated by the name, makes use of radio signs for identifying an entity. Like you must have seen at the toll plaza on the mega highway earlier we used to stop the car to pay the toll tax but with the RFID, one does not need to stop the card, CAR now has an RFID tag that can be scanned at distance and gives the signal to toll barrier to open and close. The concept of RFID appeared in the 1940s

Radio signals are sent out by the reader and This order is received by the tag and it, in turn, transmits back a tag signature to start the unlocking procedure. If the reader acknowledged the ID signature, the lock will open, otherwise, the door or locker will stay secure and closed. These are widely used in gyms, hotels, schools, Banking sector colleges, corporations, office and residential apartments, and in numerous other industries.

Three major benefits are outlined below.

RFID locker locks deliver suitable installation and ease of use, the tag card is easy to operate and more convenient to carry around as compared to hard locks keys. RFID locker lock keys are in the form of keycards like a Debit or credit card and can be carried in your wallet. It is not like magnetic stripe cards, there is no need to make physical contact in the case of the RFID keycards. Since no physical contact is necessary, if you take your wallet where you have kept the keycard, the locks can be opened which means the one has to come close enough to the reader to trigger the technique and unlock the door.

Quite of time, we have observed that Keys often be misplaced or lost by individuals. Whereas Keycards are slightly less likely to of getting lost, damaged, or stolen as it is kept inside the wallet. Even if an individual loses a keycard, it is much more comfortable, more affordable, and quicker to create a unique one than replacing a lost hard key.

What are some tips to avoid getting scammed when buying CVV online?

Figure out how To Utilize Affirmation

Getting The Best Price On Products Your Business Regularly Purchases

The Processes And Advantages Of Custom Metal Fabrication